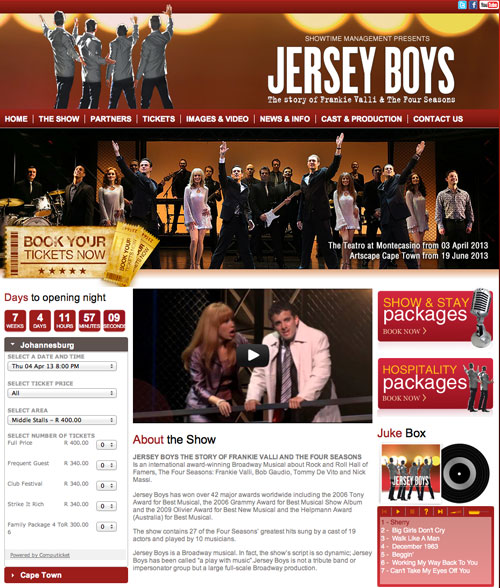 The Jersey Boys in South Africa

Jersey Boys is a Broadway musical. In fact, the show’s script is so dynamic; Jersey Boys has been called “a play with music”. Jersey Boys is not a tribute band or impersonator group but a large full-scale Broadway production.