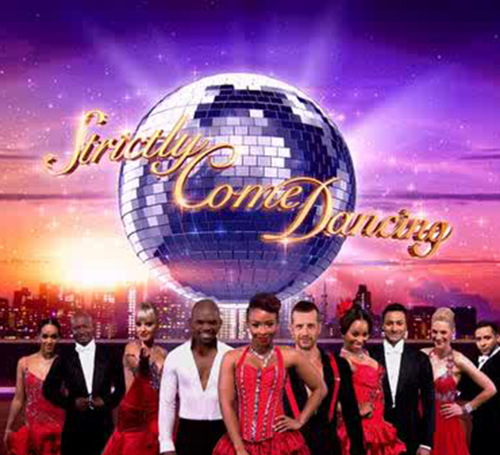 Emmanuel Castis: And the beat goes on

The set of Strictly Come Dancing will be hot and steamy tonight as the first of eight couples are voted off. Depending on the publics voting, the two couples with the least amount of support, will have to perform in a dance off. The judges will then decide which celebrity has to hang up their shiny new dance shoes.

Speaking from their rehearsals this week, Emmanuel Castis of Isidingo fame, and professional dancer Lindsey Muckle, said they were confident that they will hold the spotlight until the finals.

“The first show is over and our quick step went very well. No offence to the other couples, but the competition was not really on till the last two couples came out. We had good criticism and were impressed by judge Tyrone Watkins giving us a “6” which was really cool. He normally only throws out three’s and four’s in the first week,” Muckle said.

Castis and Muckle are not the only dancers Sowetan Online has interviewed. Click here view our previous reports and interviews on season four of Strictly Come Dancing. For Castis the new show has taken over his life.

“Every now and again I throw in a gig with my band – I am a jazz singer as well. Two of my musicians are actually playing in the Strictly Come Dancing band. All of my time right now is spent dancing and to tell you the honest truth – I am having so much fun.”

Muckle, who is competing against her professional dance partner and boyfriend Ryan Hammond, has a warning for the other couples

“When I want something I usually get it. So you had better watch out because I want to win this. Heed Ryan’s words when he calls me a little minx! With regards to tonight’s show, we are going be breaking a few rules. Our jive is very exciting. We will be ripping off clothes and all sorts of stuff.”

And they will be keeping it strictly South African, Emmanuel explained.

“We have a really cool original South African song, and the man who wrote it, is going to perform it live for our jive. We are first out tonight and we are going to set the standard. Hopefully the other contestants can meet it!”

See Emmanuel and Lindsey in action by viewing our multimedia clip filmed during rehearsals.

Strictly Come Dancing is on SABC2 at 7.30pm tonight.