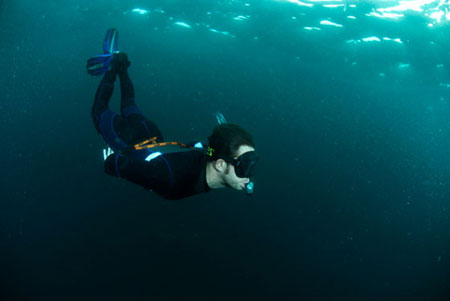 This month’s excitement was diving with sharks. Many of you who know me well – know of my passion for the environment. My poor mother despaired when I was growing up because I brought hime almost every living creature I encountered. I think the end came for her when the lizards got out and we were all left tails-in-hand after many attempts to capture them. After that animals stayed in nature where they belonged.

I joined Sharklife on an expedition together with my pal Brandon Auret and some media in a shark dive at Aliwal Shoal. Sharklife is an non-profit organisation dedicated to the protection and conservation of sharks (I won’t bore you just yet with my theory about preservation vs conservation). Sharklife’s objectives are to support the conservation of sharks through increased awareness about sharks and their habits. These are some of the facts that appear on Sharklife’s web site www.sharklife.co.za: 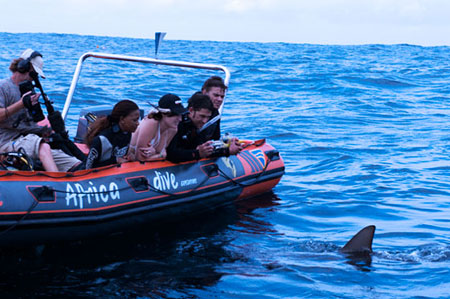 Diving in general is a wonderful experience – there’s something timeless about it – you realise your place in the scheme of things. The invincibility you feel on land is severely diminished and you are part of a new order. Diving with sharks is humbling. We’ve been so conditioned to think about the dangers – remember JAWS, JAWS 2, JAWS 3… There are no clear theories about why sharks attack people but I’m inclined to think that as with many species some of it has to do with human encroachment in habitat, other with human “stupidity” (for that read chumming among other)… The statistics published by Sharklife suggest that annual deaths from shark attacks are around 5. The number puts the risk to people in perspective – of course there is the old saying “lies, damn lies, statistics” – just kidding Sharklife is reputable and they don’t put bogus information out there.